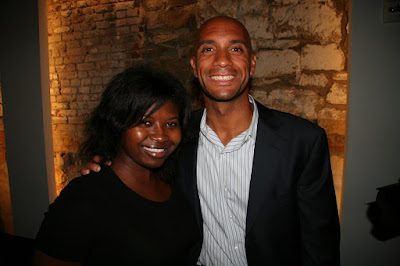 I don’t run into the Mayor every Sunday so I was very excited to see him out and about last night. Mayor Adrian Fenty, along with Washington Kastles owner Mark Ein, hosted a VIP reception at L2 Lounge in Georgetown last night as a kick off for the Legg Mason Tennis Tournament that starts today. I was hoping to run into Andy Roddick, who is also going to be in town this week for the games.

Being a low key Sunday, I opted for a simple black dress and heels, no fuss. The Mayor also took the opportunity to dress down a bit, skipping the tie but still had his swagger in a button down shirt, top button undone of course, and a blazer.