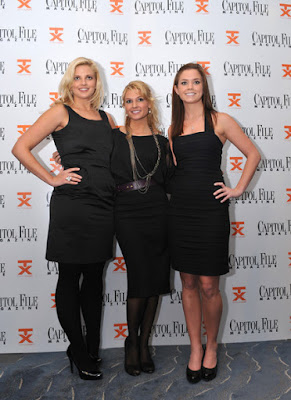 IT’S OFFICIAL: CW will be airing the DC based reality show Blonde Charity Mafia on July 7, 2009. After months of speculation about whether the show will air, Katherine Kennedy, Sophie Pyle and Krista Johnson will make their television debut, according to TV Week.

The Blonde Charity Mafia will premiere with back-to-back half-hour episodes at 9 and 9:30pm, right after the premiere of “Hitched.” Original episodes of the series will then air on July 14 at 9:30pm.

“Mafia” will end its run in early August. The CW hasn’t set its fall premiere dates yet, but there’s been speculation the network may once again roll out its series early, either in late August or early September.