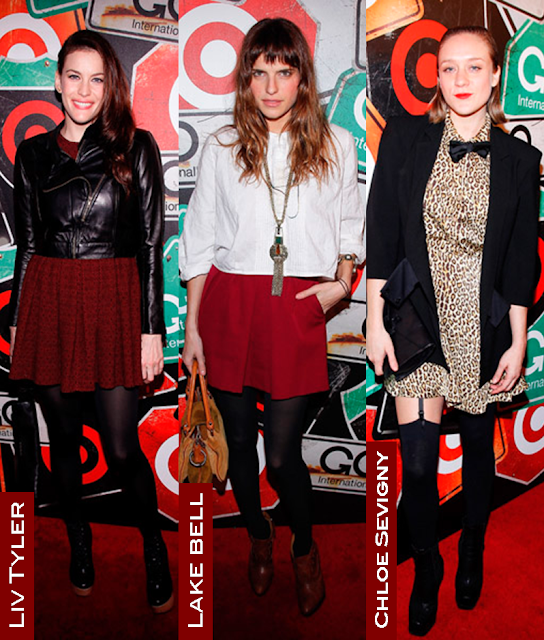 A bevy of acting beauties turned out last night for the Target GO International Designer Collective Launch party at the ACE Hotel.  The mass retailer is celebrating the five-year anniversary of its GO International program by re-releasing 34 dresses from its past 17 designer collaborations. Yup! In case you missed the dresses the first time, you can get your hands on popular dresses created by the designers like Tucker, Thakoon, Rodarte, Zac Posen and Proenza Schouler on March 13.

Among the celebs that braved the rain for the party were Liv Tyler, back from her making her rounds front row at fashion shows in Paris, Lake Bell in a red mini and a crisp white blouse, New York staple Chloe Sevigny, in a leopard print frock with a bow-tie, a blazer and garter stockings.  Michelle Tractenberg and Olivia Mann also made an appearance, as well as the designers involved in the project.

See the entire collection of dresses Target will be re-releasing on Sunday, March 13 at the Glamazon Diaries Facebook Page.
Close