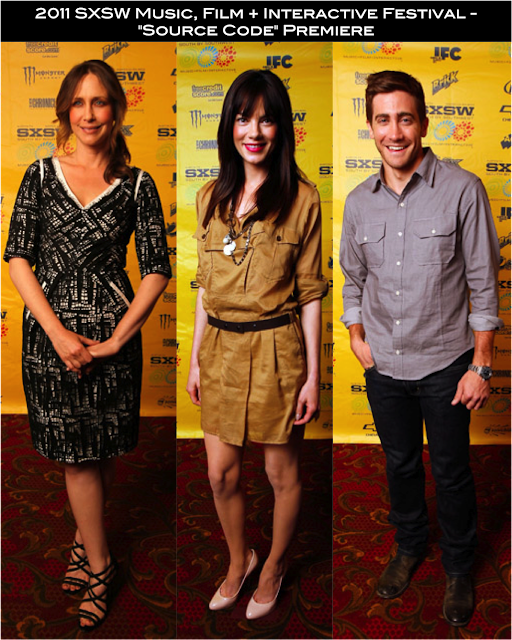 Source Code, opening in theaters nationwide April 1,  follows an Air Force captain who finds himself inside another man’s body in order to find the bomber of a Chicago commuter train. Gyllenhaal plays the captain, Farmiga his air force handler and Monaghan a passenger on the train. The film deals with traveling to parallel universes.

Get the Look | The Ladies at the Lincoln Lawyer Premiere »