Is There Room for Two? Bethenny Frankel vs. Jill Zarin 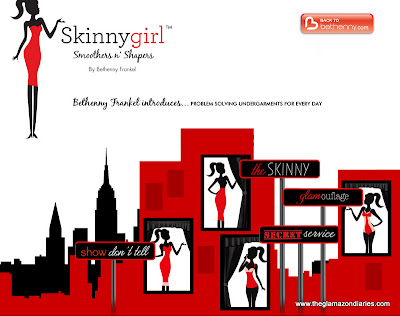 Former besties of the Real Housewives of New York, Jill Zarin and Bethenny Frankel are at a peaceful place now that they aren’t on the same show.  Ms. Frankel is happily married with a baby and has a new show coming out called Bethenny Ever After on Bravo. Mrs. Zarin is also returning for a new season of the Real Housewives of New York and this time around I’m hoping she’ll learn from her mistakes and play nice with all the housewives.

Those who watch the Real Housewives of New York will attest to Ms. Frankel looking up to Mrs. Zarin as their friendship developed on the show.  Now both woman have careers in different industries, Mrs. Zarin in fabrics and Ms. Frankel in culinary arts.  The two have had varying interest…until now. Both women announced they’ll be coming out with a separate shapewear collections this Spring.

WWD broke the story today that Ms. Frankel will launch her Skinny Girl Smoothers ‘n Shapers but unlike “other” shapewear, her collection will include “lazy lingerie” such as a sexy apron with a built-in bra and that “the line ranges from tank tops in black or beige to my signature color, red, which is a confidence color, and a little daring, but not white because it can make anyone look bigger,” adds Ms. Frankel.  Her collection launches mid-March. 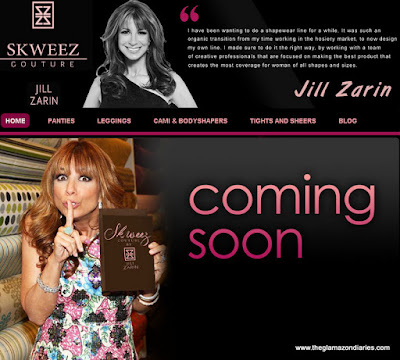 Mrs. Zarin on the other hand announced her Skweez Couture shapewwear earlier in January, citing the lack of competition and a missing component in the industry. She told reporters that she “worked on a body shaper line which every young girl is going to want to wear. I made them for young girls and for older women. It’s an alternative to Spanx, and I’m selling them for a lot less money. I started my own company called Skweez Couture and Skweezwear and we’ll have men’s shapewear, too.” Why shapewear? “Right now there is really only one game in town.”

So is Ms. Frankel’s foray into shapewear just a coincidence or a “anything you can do, I can do better” schtick to keep the not-so-friendly feud ablaze? Is the industry big enough for both women to thrive and be successful? I wish both women much success as they expand their entrepreneurial reach into other industries.  Mrs. Zarin also told reporters that she designed her shapewear herself, after-all, she used to work in the hosiery industry, I wonder if it’s the same case with Ms. Frankel.

So Chic but So ‘Faraway’ | Longchamp x Kate Moss Handbags »