Get Her Look | Elizabeth Hurley at KIDS 40th Anniversary Gala 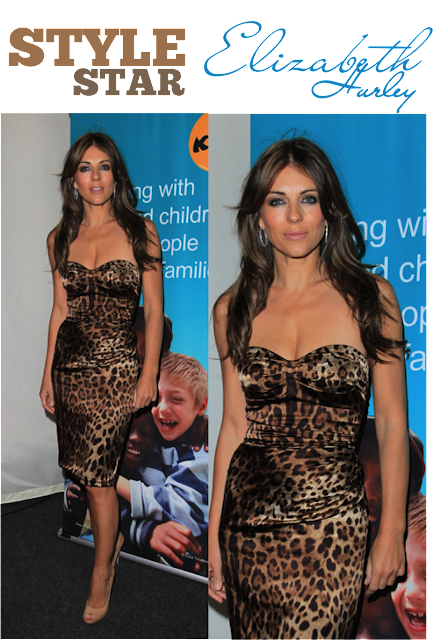 Actress Elizabeth Hurley doesn’t look a day over 40.  The British brunette bombshell attended the KIDS 40th Anniversary Gala at Battersea Power station on March 10, 2011 in London last night.  The actress, who is currently filming the pilot for NBC’s remake of Wonder Woman, showed off her svelte figure in a strapless leopard print dress and nude peep-toe pumps but kept jewelry to a minimum with just simple hoops.  I’m glad to see her back in television and can’t wait to see her go against Wonder Woman as her nemesis.

Get the look below.