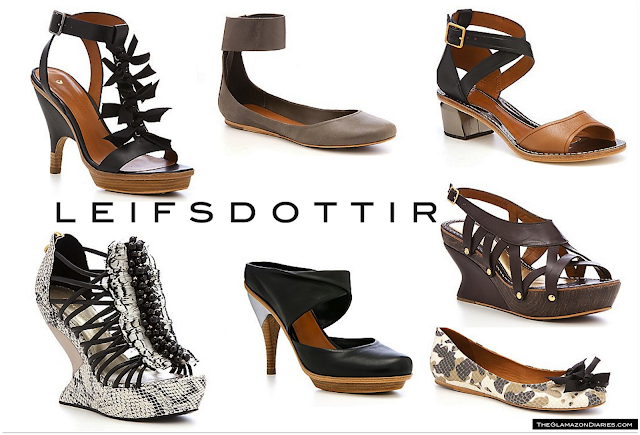 Get ready to show off those perfectly painted pedicures this spring in these sexy and sassy Leifsdottir footwear.  Snakeskin prints, beads, feathers and cutouts can all be found in this collection.  Designer Johanna Uurasjarvi says she and her team draw inspiration not only from her native Finland but from exotic locales in Turkey and Brazil as well.  Leifsdottir isn’t stopping at footwear and clothing, the label is in talks to design a handbag collection. The shoes can be purchased online at Leifsdottir.com as well as department stores nationwide.

« Hudson by Georgia May Jagger Collection Launch at Selfridges