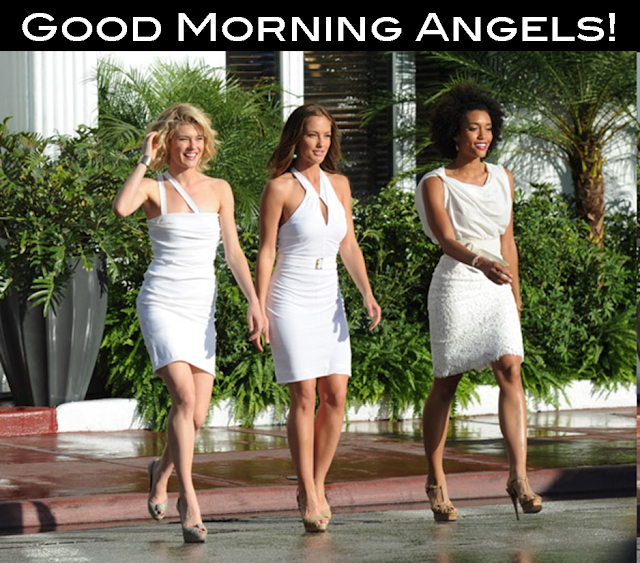 Annie Ilonzeh, Minka Kelly and Rachael Taylor have started filming the pilot for the new ABC series Angels, a modern remake of Charlies Angels. The gals were photographed on the Miami set looking like visions in all white frocks and nude heels.  The show hasn’t officially been picked up by ABC Network yet, that decision will come this Spring.

Get the Look: White Dresses under $100

Luck of the Stylish | St. Patrick’s Day Looks to Thrill »