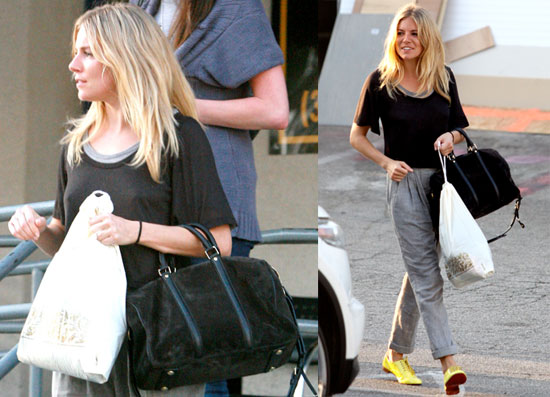 A few of my friends laughed when I professed that I will be buying a pair of men’s inspired loafers for the fall. Seeing stars like Sienna Miller, Kate Moss and Alexa Chung wear them so fabulously has made me a fan of unisex shoes. Sienna Miller has been on the trouser kick lately, styling it differently with heels, platforms or loafers. I saw this picture of her wearing rolled up trousers with yellow lace up loafers that made me wish I could get the number of her stylist immediately and hire her to make me fabulous.

I bought a black A-line skirt a couple of months ago that I’ve been trying to style for a while. After Michael Jackson’s death, I decided to do a tribute to him by wearing it with a black t-shirt a la J.Crew and loafers, preferably sparkly, and a fedora. I found some glittery Christian Louboutin loafers (third picture) on Net-a-Porter a few weeks ago but couldn’t get myself to spend so much on this trend. How often will I be wearing these? Not that much. So it’s not worth the splurge. Tapeet by Vicini has some lace-ups which look more traditional to the men’s oxfords on Zappos (fourth pic). I liked the shoes but not enough to buy them for $248, down from $499. The pink and chocolate loafers, Esquivel Women’s Juliana Oxford, are darling but what I settled for were the Steve Madden Melin, a silver lace-up that I plan on adding more glitter with glue and Crayola glitter. As a Do-it-yourselfer, I am confident in my abilities to transform the Steve Madden oxfords into a bedazzled gem similar to the Louboutins. 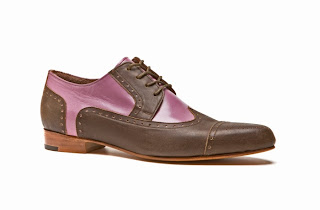