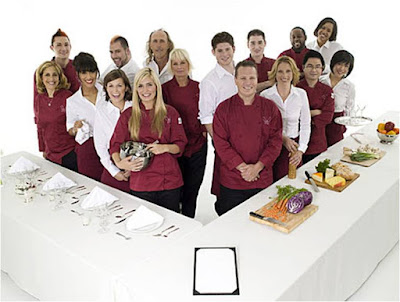 NBC has a new reality show premiering on March 11 called Chopping Block, staring restaurateur and chef Marco Pierre White. The show offers eight budding chefs a chance to win $250,000 to start their own restaurant. Chef Marco Pierre White will give the contestants, who are split into two teams of four, challenges to complete during each episode. The last couple standing wins a quarter of a million dollars and lots of bragging rights.

The commercial for the show aired during the Super Bowl and could you believe it, two of the contestants are from Washington, DC, which is exciting in itself. The two boys are also good friends of mine, my favorite chef Alex McCoy (left) and his brother Nate McCoy. Alex is a chef at one of my favorite watering holes, Rugby Food & Spirits, which is connected to Ralph Lauren’s store Rugby. Alex serves up some delicious grub every time I go and usually tests some of his recipes in the kitchen and lets me taste them. It’s on the hush hush who wins and I am sure he will not reveal anything to us until the end of the show but I encourage you all to watch “The Chopping Block” on NBC starting March 11. 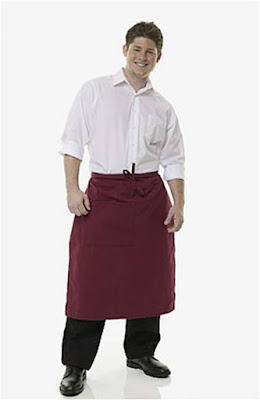 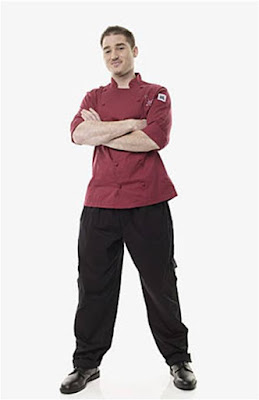 If you live in Washington and have not had the opportunity to try out Alex McCoy’s cooking, I suggest you do it now before word gets out of his talent. Both boys are wonderful. Nate worked at Central at 9th and Penn under Chef Michel Richard of Citronelle. Richard owns Citronelle, a restaurant Condé Nast Traveler magazine calls “One of the World’s Most Exciting Restaurants.” The McCoy brothers catered a ladies brunch for myself and about fifteen girls over the summer. The Southern fair complete with hand decorated menu cards, unlimited champagne and lots of charm from both boys left the ladies wanting more. I’ll try to snag an interview with the boys in an upcoming post.