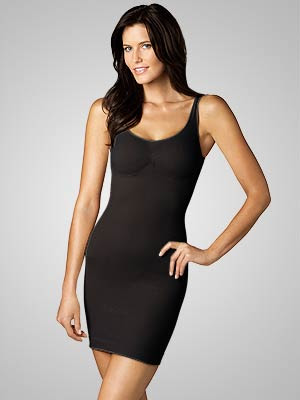 Happy Thursday readers! We’re inching closer to Valentine’s Day and I am cranking out the prize wheel faster than the amount of time it would take me to blow $3,000 at Bergdorf Goodman. Sixty lucky fans of the Glamazon Diaries will be meeting up tonight for the Confessions of a Shopaholic movie premiere, which I am very excited about. A lot of these ladies left hilarious comments about the major shopaholic moments, from splurging on clothes instead of paying rent to tricking the rentals to pony up cash for “educational trips” while studying abroad in Italy. I am giving away two prizes today for two lucky readers.

They are from a company I discovered April of last year called Sassybax. Sassybax is one of Hollywood’s best kept secrets for keeping stars looking slender in the most revealing clothes. Leading celeb stylist Rachel Zoe insists her clients wear Sassybax under clingy clothes to prevent bulge and lines. Even movie directors like Philip Bloch is in on the Sassybax Secret. Created by Amanda Horan Kennedy, a former actress that went by Barbara Horan, Sassybax has been used in many movies and on celebs that are photographed daily for magazines. In fact stylist Patricia Field used outfitted petite actress Isla Fisher before robing her in all those gorgeous frocks seen in Confessions of a Shopaholic.

Sassybax shapewear definitely smooths curves and slenderizes a bit to help clothes look better on any frame. I have two pairs of Sassybax Short Leg Panty and use them often under dress pants and the plethora of dresses I have stashed in my closet. I have been using it for almost a year and I can attest to the wonders it does for my body. So I am giving two products from the Sassybax shapewear collection: the Long Leg Panty and the Slimming Slip. The Sassybax line is sold at various department stores including Saks Fifth Avenue. So if you don’t win, you can still go check it out and get one for your wardrobe just in time for spring.

To win: Leave a comment telling me how you plan to spend Valentine’s Day.