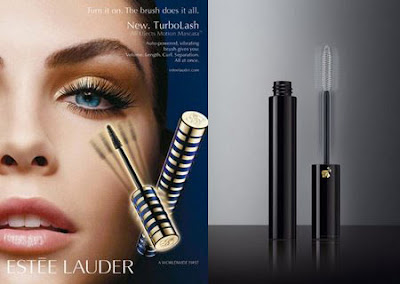 Estée Lauder launched TurboLash, a battery operated mascara this summer that, according to the beauty giant, will transform lashes to greater lengths. TurboLash, the first of its kind, has already sold out online on Estee Lauder’s website and is available exclusively and in limited quantities at Saks Fifth Avenue. The $30 tube of mascara is gel formula composed of olive oil, paraffin wax and jellied water that instantly solidifies after application.

“Turbo-charged” motion mascara with auto-powered, vibrating brush gives you volume, length, curl and separation all at once. Gently vibrating LashSonic Brush with micro-pulse bristles continuously separates and saturates lashes. Find lashes you didn’t even know you had and coat them instantly and perfectly. The motion brush keeps lashes clump-free so you can reapply several coats, even refresh during the day. A worldwide first.

Anyone tried this yet? I need some reviews. Lancôme, will launch launch Ôscillation, a battery operated mascara, vibrating 7,000 times per minute for “perfectly curled” lashes. It’s the machine age of the mascara. Bring on the big guns.